What do the commercials do on TV and Internet? Are they able to affect us and what we select? Where do we prefer to eat and what deodorants do we buy?

When you are out and want to eat something fast and tasty you can choose between e.g. American Mac Donald’s or Swedish MAX. These two restaurants are two simple examples only, they are not the only two. 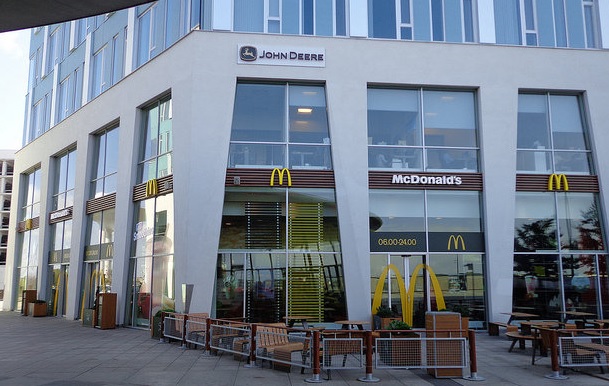 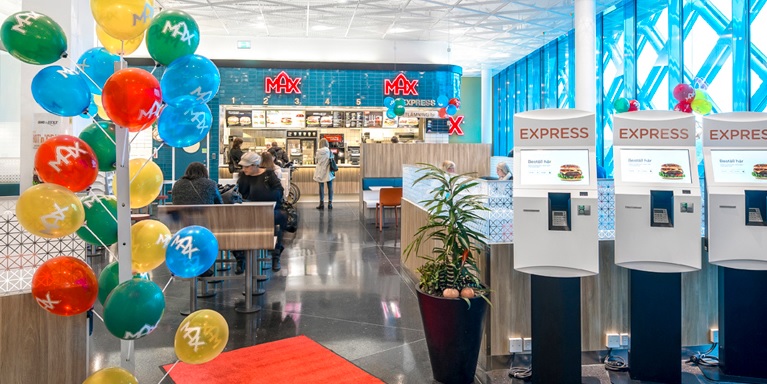 The print screen from http://se.club-onlyou.com/Emporia/Restauranger/Max-Hamburgerrestauranger

What decides what you are going to choose? The price, the taste or the quality?

Mac Donald’s has appeared to be transformed in to a much worse restaurant than it was before.

Using the word “before” means that during the period after 1995-1996 this restaurant has become worse and more expensive. Just the simple Big Mac & Co is today almost 2 times more expensive than it was 19 years ago. Its quality has disappeared. Its size is smaller than before.

There ar 4-6 cash terminals at e. g. Mac Donald’s shown at the picture above and independent on when you come there, the only one of these terminals is open. Why? Is it because Mac Donald’s in Sweden wants to save money? The service is horrible when you have to be in the queue for a long time instead of getting your hamburger much faster.

MAX on the other side has at least kept the quality in last 10 years. Today we can notice the difference between this restaurant and Mac Donald’s.

But also MAX is not the perfect one. When it is little bit more stress than as usual, your hamburger is not as same as it normally is. The quality sinks and the hamburger shrinks.

As the commercials say: Nivea invisible for black and white deodorant is the first one anti-perspirant with the 48 hours protection that does not leave any white spots on the dark clothes and it decreases the risk of getting yellow spots on the light clothes.

The image is found at www.nivea.se

But is that description true? What if you are in rush and you do not have time to let the area sprayed with the deodorant be dry?

In theory the above description is probably true, maybe not in all cases but in some it is. There are probably no spots left on the clothes.

In real life when you can not wait, the result can be different. Just using a white t-shirt about 12-15 hours shows that yellow spots are left on the t-shirt. Of course it can be so because you do not have time to let the sprayed area be dry before you take the t-shirt on.

As long it is easy to remove the spots by washing the clothes this Nivea Black & White Power Spray is good. The smell is fresh and nice and it is simple to use. The price is also acceptable so why not – it is worth a try.

And at the end, everything is just about the money. The quality is not the important detail. The money is!