Reaching the top of the world can be exciting. Mount Everest is there, waiting for everyone. It is an adventure for some people at the same time as it is home for Sherpas.

As I am a person who loves mountains I have decided to write something about the article found at the Swedish online magazine aftonbladet.se. I am touched by the article because it is describing the hard lives of Sherpas (You can read more about them at wikipedia). At the same time I would not be happy if they close Mount Everest simply because I dream about going there at least one time in my life. 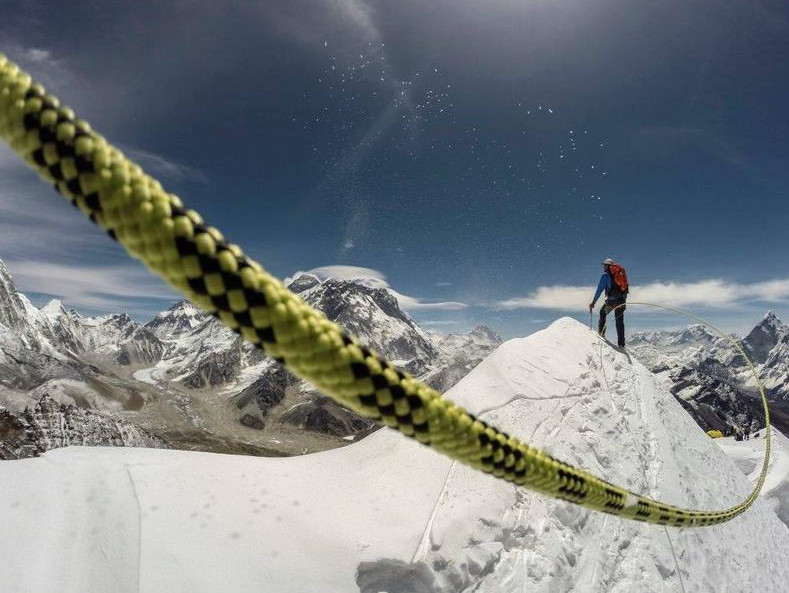 Beautiful nature – Mount Everest – the image is found at aftonbladet.se .

Today, the climbing at Mount Everest has become a huge business. There are companies around the world that organize these adventures / expeditions for different “customers”. It is not about climbers any more but it is customers they are talking about. These companies earn around 60000 – 70000 dollars per person and many of these people never reach the top. They only come to the base camp and after that they are not able to continue further towards the top. 10000 dollars goes automatically to Nepal and the company who arranges the expedition earns 20000 dollars and some little amount goes to those who do the hardest and the most dangerous work- the Sherpas.

Without Sherpas these adventures would not be possible.  The Sherpas take care of everything on the way to the top. E.g. they are overloaded by the oxygen tubes, food, clothes , medicine and all other things that can be necessary having on the way up to the top. It can be load heavier than 50 kg every Sherpa uses to carry and they do it many times.

During one expedition a Sherpa can go up and down 30 times and for each time he gets 32 dollars. One of the Sherpas who was on the Everest 21 times earned 5000 dollars only that year. We are talking about Norbus cousin. Norbus father was the legendary Sherpa, Tenzing Norgay,  who reached the Mount Everest together with
Edmund Hillary during the historical expedition in 1953.

In 2014 it was a horrible season. 16 Sherpas of 25 died when an avalanche started.  When a Sherpa dies his family gets around 440 dollars for that and that is nothing that we can see as some tragic news in e.g. newspapers. On the other side when some “customer” dies than it is a very sad news spread around the world.

Reaching the top of the world can be exciting. Mount Everest is there, waiting for everyone. The nature is beautiful, It is an adventure for some people at the same time as it is home for Sherpas. But the “customers” do not really care about the nature. They simply want to have this expedition in their CVs. The companies who organize the expeditions give guarantees for a great experience but without Sherpas it would not be possible.

Just because the Sherpas do the dangerous job and just because they do not earn enough at the same time as the Mount Everest has become a place for business rather than the place to enjoy in the beautiful nature, closing the Everest has now become an issue. Sadly, that can result in “no more chances” to reach the top in the future but luckily that can save the Sherpas from being used and underpayed in the extremely dangerous situations.

(The source of same parts of this content is found at  http://www.aftonbladet.se/ .)