Graffiti – artwork or something else? What do you as reader think? What is your experience of graffiti? We have heard different reactions. Some of them are negative and some of them positive.

What is actually graffiti? Is it someones lifestyle? Many of us probably have seen different kind of animations all around us. They are visible mostly in residential areas in central parts of cities or suburbs, but also in industrial areas. It is so because someone wants to be seen. Someone who wants to attract attention paints something as some kind of figure, but also as animated text. In most common cases graffiti is done with spray.

According to Wikipedia graffiti is writing or drawings made on a wall or other surface, usually without permission and within public view. Also according to the Swedish part of Wikipedia it comes from graffito in Italian and graphei  in Greek. That means write.

One of the popular areas for graffiti animations is the one close to the train tracks. We can see different kind of artworks there. They are visible on train wagons, walls, electrical posts and switchboards. 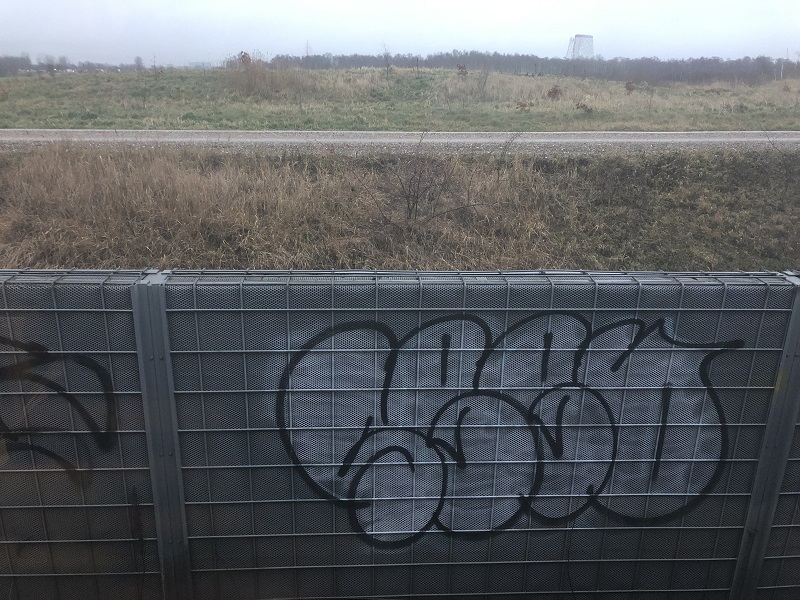 Graffiti – artwork or something else? We can see many different  graffiti doodles between Ørestad and Copenhagen central station. Is this a lifestyle?

What do you as reader think? What is your experience of graffiti? We have heard different reactions. Some of them are negative, but some of them are positive. It is simply so that graffiti can turn something boring into something positive.

Of course, there should be some written and unwritten rules about what is allowed and what is not. For example, in a Danish Jyllands-Posten there is an article about a case where we can see how people let a graffiti remain there it is because people like it.

According to the Swedish police doodles are prohibited and could in some cases result in prison. So, graffiti as doodles is punishable. If we read in online forums like Swedish forum called Flashback, we can see that graffiti people in Sweden know the rules and do respect them. They understand that some places should never be painted. They also think that graffiti can make positive changes in some cases. Those are e.g. better and more fresh look on some boring places.