We arrived to the border. It was almost night outside. The Chinese border soldiers were waiting for us with nice, relaxing classic music at the station.
The first feeling I got was like: “They are waiting for us as they wait for some politicians, some representants of other countries  – I felt very respected in that moment “.

The train was preparing to shift the wheels because they have another type of wheels in China. According to what I have heard it is because of the security reasons.
China simply wants to avoid foreign military attacks done by the train and it is possible to do if you have another wheel system.

All passengers were not allowed to leave the train. We had to be inside while shifting the weels which took around 45 minutes from the beginning to the end. 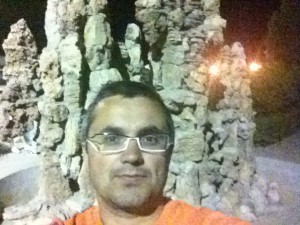 Outside of the train – a little stone park on the station

After the wheel shifting we could go out and stretch our legs. In the border shop we bought some candies and we were ready to continue to the capital city, Beijing.

Some kilometers before Beijing we experienced a shorter train stop because of some technical problems – that reminded me on the train problems between Sweden and Denmark but in this case, it was very hot, both outside and inside the train even though all windows were open. 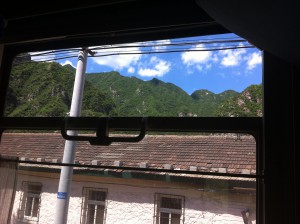 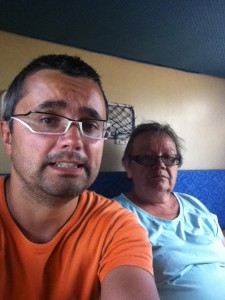 Very hot outside of the train, on the way to Beijing

Coming closer to the city we could see the high buildings in suburbs where people have their apartments. These houses looked nice and modern.

As we came closer to one of the central stations we could see more central part of the Beijing. From the huge train station we too the taxi to our hotel. 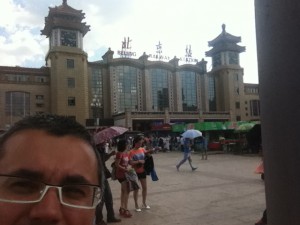 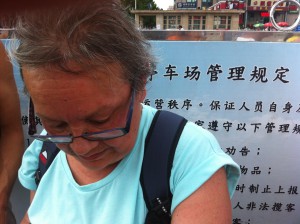 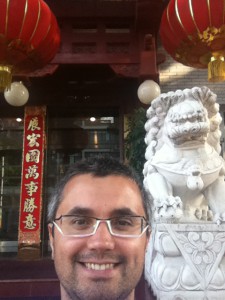 We chosed some food from their menu. Unfortunately, I do not remember the name of that food but it was meat and some rise with different vegetables. But we ordered it on wrong way because it was our first time to do it.  The restaurant staff were smiling and looking at us. They experienced our way of eating their food on our european way very interesting and maybe little bit funny. We ate with the famous chinese sticks and it was a challenge to do it  – we could of course choose spoons, forks and knifes but we did not – we were in China and we wanted to do it on their way!

The Forbidden city – The Last Emperor

When I was little I was watching The Last Emperor (http://en.wikipedia.org/wiki/The_Last_Emperor) movie many times. At that time I never could believe that I, together with my family one day will visit the place where the little Emperor as a little boy was running and playing around. I will now show that gorgeous and huge place. 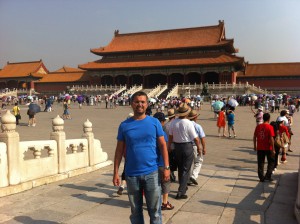 I was there, where The Last Emperor as little baby boy was running around.

The tourist guide told us that around 100.000 people go through/visit that place every day. It was a very interesting facts.  So we were a part of all these millions of visitors from the whole world.