Windows 10 – a mix of everything good from the previous versions. Besides that Microsoft has chosen to be annoying with their constant reminders about the Windows 10 if you use a computer with Windows 8 or Windows 8.1, they seem to have done a great job.

We wrote an article about Windows 9 almost two years ago. But Microsoft never launched that version live. What happened? They simply chose not to launch Windows 9 and instead they jumped over to this one version: Windows 10. There are many different theories about that and that is why we are not going deeper into it.

What about Windows 8 and 8.1? Are they good or bad as it is mentioned in our old article?

According to some persons who had an opportunity to test and get the real experience of Windows 10 “insider” version, Microsoft has created a “mix of everything good from the previous versions” so this latest version should be satisfying for everyone.

Windows 8 was/is very fast when searching for something / some app in the computer. Windows 8.1 turned to be little bit slower when talking about the searches, since Microsoft decided  that searches should be done also on Internet which of course negatively affects the speed of every search.

Windows 10, the latest one, is on the other side pretty fast. It is faster than 8.1 but an annoying detail is the start menu which reminds on e.g. Windows 7 according to one of the persons mentioned above. It works fine but it could be even better if Microsoft removes that whole list of all programs that appears when opening the start menu. 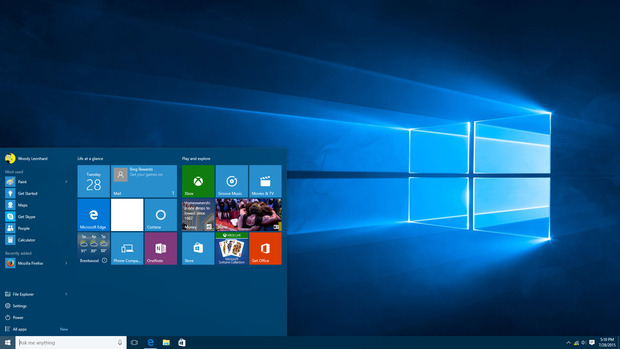 According to the person who experienced the  “insider” version of Windows 10, Microsoft should be able to realize that this feature should be replaced by some other solution like e.g. putting an “All programs” icon instead of directly showing the whole list right after opening the start menu.

In Windows 10 Microsoft has made Edge as the default browser but they have not forgot their Internet Explorer. It still exists and can be used, but it is little bit hidden so people slowly can go over to the Edge browser instead. This one looks good and is flexible since it can be used as an editable area on the users side.

E.g. you can choose to mark some part of the content on any website by filling it with color or writing an circle around it if you wish to show someone something instead of pointing with the finger or with the mouse pointer. This feature can be called for “the good one”. And of course, that does not affect the real website – only that one that appears in your local browser.

Besides that Microsoft has chosen to be annoying with their constant reminders about the Windows 10 if you use a computer with Windows 8 or Windows 8.1, they seem to have done a great job. If you use a laptop with a removable screen the system will automatically go over to the mobile version or touch screen while it keeps the desktop version when the screen is on the laptop.